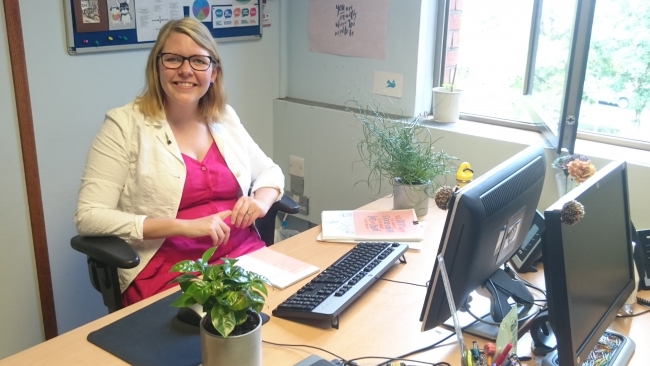 The Lucy Faithfull Foundation is expanding its work to address sexually harmful behaviour among young people. This decision reflects the significant number of people calling the Stop it Now! Helpline to discuss concerns regarding the sexually harmful behaviour of a young person. It also underlines our awareness that one third of all sexually abused children are abused by a young person.

As part of our expansion of work with young people we have created an important new role at the Foundation: Clinical Manager for Young People’s Services. And we are delighted to announce that Sian Meader has been appointed to the post.

Sian brings with her a wealth of experience gained from previous roles working with young people in probation. Upon graduation she embarked on a two year Probation Officer training course within Cambridgeshire and Peterborough Probation Services. She then moved back to Surrey to join the Integrated Offender Management Team at Surrey Probation. It was during a secondment to Youth Justice, where she worked with 12-18 year olds, that Sian realised she wanted to specialise in work with young people. She then delivered sex offender treatment programmes before being promoted to a Senior Probation Officer who led offender management and court teams at Surrey Probation where she began to learn more about the work of the Epsom-based Lucy Faithfull Foundation.

“Many of the people I worked with would talk about the incredible help they had received from LFF as a result of calling the Stop it Now! Helpline. They all agreed how useful they had found LFF in helping them address their behaviour.”

So it was no surprise that she started following closely the work of the Foundation and applied for a role that will bring to the fore all her experience of working with young people with sexually harmful behaviours.

So, what is she hoping to achieve during her time with the Foundation?

“I’m really keen to develop a range of resources for young people that actually look like the kind of resources that young people want and need. It’s vital that we create resources that can be easily accessible to young people online so they know they can come to us without risk and begin to address their behaviour in a way that’s meaningful to them. And in the longer term, I really want to create materials that aren’t already available. The aim is to fill a gap in such a way that has wider relevance and which helps the Criminal Justice System to make decisions that are more positive for young people.”

Sian will lead a three year project funded by the Esmee Fairbairn Foundation to develop a strategy to support Young People who have exhibited, or who are at risk of displaying, harmful sexual behaviour online, and to improve the response of professionals to the problem.