For this year’s International Women’s Day, we reflect on the life of our founder, Lucy Faithfull, and we speak to members of staff about their careers and experiences.

As the first social worker to be appointed to the House of Lords, Baroness Lucy Faithfull used her life to tirelessly campaign for the powerless and voiceless.Lucy was ahead of her time, not least in recognising that if we are to protect children from sexual abuse we must work with sexual offenders, a view that still challenges today’s society. She established the Lucy Faithfull Foundation (renamed in her honour after her death) when she was in her eighties, a charity committed to preventing child sexual abuse.

Jennifer has been an operator on our Stop It Now! helpline since 2009 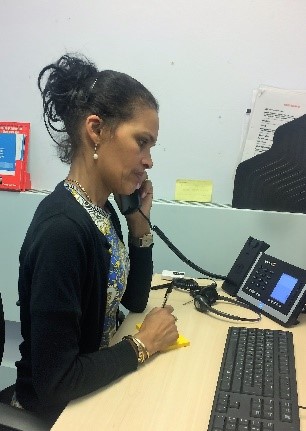 I’m a counselling therapist and also a Samaritan volunteer, so I’m interested in supporting and helping people with their problems. I saw the job come up and prior to that I had said to myself that I would never work with sex offenders, particularly child sex offenders. But what drew me to it was Baroness Lucy Faithfull’s approach, which is to deal with the offenders themselves. To tackle the problem from every angle is a really clever way of doing it.

I won’t ever be a millionaire but I think that if I can change something, if I can be a listening ear, especially for people who feel that that are not being heard, then I think that is my proudest achievement.

My biggest role model is my mother. She had challenges as she came from a very poor family, she wasn’t given the education that she wanted, but she always found a way. When I was little, my mum spent a lot of her time putting herself through further education to get herself up to a higher level. She taught me never to rely on anyone for validation. If you want something, you should go for it. If I was to give my younger self a piece of advice, it’d be to never doubt yourself, do whatever you want to do and you will always find a way. Care more about what you think of yourself than about what others think about you.

Lisa joined us in 2012, and is our principal practitioner and clinical lead for young people’s services 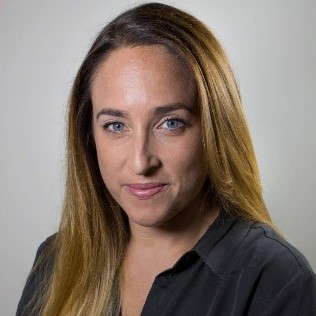 So many things make me proud about my work but one thing that sticks out in my mind is that you have the opportunity to create an environment where people are able to talk about things that they are deeply ashamed of, or frightened about, and help them make changes in their family. On a lighter note, I was also proud to be on the BBC sofa and have the opportunity to spread the word about our fantastic deterrence campaign.

I’ve always believed that you could do anything that you put your mind to if you work hard enough. But the advice I would give to my younger self now would be that you can do anything, but you can’t do everything. For a long time I felt like I should juggle lots of plates, but I maybe could have slowed down and had a bit more fun.

Sarah is a Forensic Psychologist in Training based at Stop It Now! Scotland 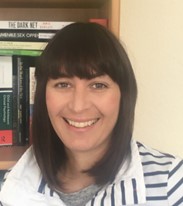 I’ve had a few ups and downs during my career, but I would say that persevering with my forensic psychology chartership qualification, and now being able to see the light at the end of the tunnel with it, is my proudest achievement. I’m proud of how hard I have worked to get here, balancing my qualification work on top of a demanding, and challenging job.

I think women have a louder voice and are less afraid to use it now, people are recognising the value and capabilities of women and what they can contribute. Women are supporting each other to achieve greater things and this is exciting.

It would be good to see a society where women are just accepted as equal with no need to debate or fight for this. I would like to see more women in top jobs, making big decisions and being role models for the younger generation.